Josh Richardson was eager to make his debut in front of TD Garden fans as a Celtic on Friday night after missing the team’s opener due to a migraine. However, a warm welcome to start the game quickly turning to the hosts getting booed off the floor amid a 115-83 beatdown by the Toronto Raptors.

Richardson was one of the few players that played solid offensively, knocking down all four of his 3-point attempts on his way to scoring 12 points off the bench in 21 minutes. However, that did not spare him from the brunt of negativity that emerged after Toronto outclassed Boston for the better part of 48 minutes. The veteran was not surprised by the reaction.

“It didn’t bother me,” Richardson said of the jeers. “I’ve been there before so you got to be professional about it. The people of Boston know basketball and know sports. It’s kind of like Philly when I was there, they know what’s going on and they know when things don’t look right and they let you know that. I don’t take offense to it. They’re being honest. It don’t look great but maybe next game we do look great and they’ll be cheering us.”

Jayson Tatum heard his own fair share of boos amid the struggles of last season and was candid about hearing them return for such a big night on the team’s calendar with team legends like Danny Ainge and Paul Pierce in attendance.

“What is it like? It’s not fun,” Tatum said. “It’s not fun to play, I’m sure it wasn’t fun to watch for the fans. It was tough. Obviously, first game at home, we didn’t want it to be like that. I think we were too relaxed. We just didn’t, we didn’t play hard enough. They just lost on their home court, we should have expected much more of a punch from them. That’s on myself, that’s on everybody. And it’s my fifth year, 82 games, I’m certain every team has games they wish they could have back on nights like these. It’s all about how you respond. How do we come back on Sunday with a different mindset, more life, more energy, ready to get our first win.”

As Ime Udoka searches for that first career win as a head coach in Houston on Sunday night, he wants to see a measured response to the justified dismay from the Boston crowd.

“They know the passionate crowd and the fans, not ideal, obviously, for tonight,” he said. “But we take that, embrace it and use that as fuel. We deserved it by the way we played and I think our guys all know that and that’s what we appreciate about the fan base as well. They’re gonna be on us with their effort and for the most part, they just outplayed us. So when you get that result out there, I’d expect nothing less.”

The Celtics went with a double big lineup with the return to a healthy roster but it did not help the team corral a Raptors team that had plenty of length and athleticism in the starting five on the glass. Toronto outworked Boston with a 60-42 edge on the glass, highlighted by a 21-10 advantage on the offensive boards for the Raptors even with them shooting better as a team than the hosts.

That gap led to a 23-4 edge on second chance points, which helped create separation during the team’s 55-25 game-deciding run in the second half. Better awareness is being called for up and down the roster in response to Toronto’s aggressive mentality.

“It was more positioning,” Horford said of the rebounding struggles. “I have to go back and look at this stuff, but it’s positioning and effort. It’s something that we have to – the way that we’re playing, we’re doing a lot of switching. So a lot of the time a lot of our bigs end up on the perimeter, they end up outside. If we’re going to play this way, we have to find ways to rebound the ball as a group. So that, what happened tonight, is definitely unacceptable. And we need to be better.”

One thing that Ime Udoka will need to consider moving forward as he leans on a smaller lineup off the bench is whether these smaller groups can hang with bigger lineups like we saw from Toronto who played big in the frontcourt all night.

“It was tough,” Richardson admitted. “They had some pretty tall lineups out there. We could have definitely done a better job boxing out and hitting bodies. It’s tough to outjump guys when they have three dudes on the court that are 6-foot-9 or 6-foot-10. We have to do a better job of being physical.”

The head coach pointed more to effort rather than size being the main culprit though.

“It is an effort thing,” Udoka added. “We stressed it. They had 19 in the first game - that’s who Toronto is, a team that plays hard, so we really stressed that if you don’t bring the intensity with these guys it could get ugly. Can’t get into a jumping contest with those guys - long, athletic guys. They really hurt us with 25 offensive rebounds tonight.”

Another long team awaits on Sunday night in Houston with the Rockets, including old friend Daniel Theis. If Boston’s smaller lineups don’t commit more to the glass, the team may need to look more to Enes Kanter (five minutes played all season

A lone bright spot from the defeat? Al Horford making his debut with a double-double (11 points, 11 rebounds, 4 blocks) following a 10-day quarantine for a COVID-19 case.

“Just really stayed home, did a lot of reading, watched some shows—Better Call Saul on Netflix, the spinoff of Breaking Bad,” Horford said of his time away. “That was cool. I got to do that. Then I got to spend a lot of time in my backyard. The weather was so nice that I got to kind of sit out and enjoy that time and thankfully I was fine.”

The Celtics limited Horford to 25 minutes in the defeat as a precaution after the long layoff but expect that number to jump in the coming week as he builds his stamina back up.

“He said he was fine, he was spirited out there,” Udoka said. “He was one of the guys that was competing harder. His legs might not have been there on the shots he shot short, but overall he was fine. Messing with our lineup a little bit, having to take him out and play some different rotations than we would, but we’ll build back up to that in the next few games.” 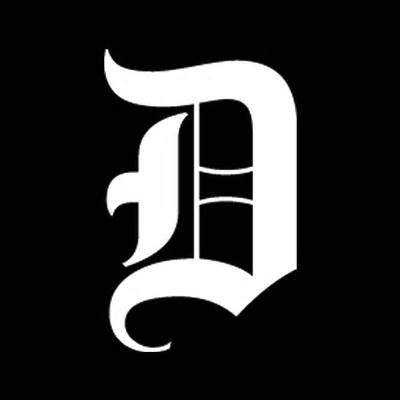 Locking arms! Check out these incredible photos from Jesuits win over Richardson Berkner

Josh Richardson to miss Celtics season opener due to migraine